IT project management 101 – Why IT projects fail

Only 29% of new IT projects implemented by businesses are successful, according to The Standish Group Chaos Report

Poorly defined (or no defined) outcome

Surprisingly, the biggest reason for IT project failure is down to poor management and not technological problems.
That starts at the top.
When embarking on any IT project, management needs to have a clearly defined goal of what they want to achieve, such as improved customer service.
But all too often they fail to determine exactly what form that will take.
In the case of customer service, does that mean shorter call times or fewer calls, or a higher customer satisfaction rating?
Having a defined goal implies sticking with those objectives in the face of all but the most serious objections.
For example, I was the project manager for important work needed to support the construction of Crossrail at London’s Liverpool Street station.
The senior manager told me what he wanted in clear terms.
That sounded perfect, however he was too easily swayed by other stakeholders, even those below him.
The result?: The scope had to be re-written 10 times.
Each re-write needed four weeks for the suppliers to re-cost and re-plan their quotes, meaning the project was delayed by almost a year.

Lack of leadership and accountability 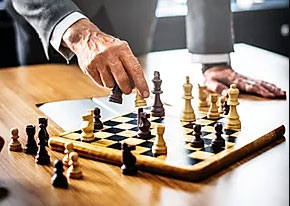 Another problem is that IT projects are often exclusively delegated to the IT department to implement with no direction from the top.
In order to get buy-in for your IT project from your employees, first the C-suite executives need to be fully on board to steer the company through all the changes.

By delegating responsibility to the Chief Information Officer (CIO) or IT team, there’s also a lack of accountability when something goes wrong because management doesn’t have complete oversight of the process.
In some companies, there is a fear of embracing ‘technical’ projects by those who are more used to dealing with finance, staff and legal matters.
For example, one client I worked for on their readiness to deal with GDPR (General Data Protection Regulation) had a culture of paying lip-service to the new legislation.
Responsibility for data protection was passed from the Chief Financial Officer to the CIO and finally to the Head of Facilities, the same person responsible for installing new desks and unblocking toilets.

This starts with a poorly defined outcome.
If the management team is unable to effectively communicate what they want from the IT project and the different steps of the workflow required to achieve it then it’s almost doomed to failure.
Also, IT people are renown for not being the best communicators, which probably explains why they choose to work with machines rather than people. Therefore you need an intermediary who acts as a channel between management and the IT department for your IT project, and can clearly communicate your message to the rest of the organisation.

No plan or timeline 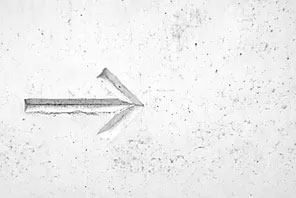 Too often IT projects are open ended with
no defined timeline, budget or way to measure the progress of the overall plan.
That makes the project prone to delays, going off track or hitting a dead end.
Not only is a plan a good tool for communicating what needs to be done and
by whom, it also enables you to understand if you’re having problems by comparing what you intended to do with how everything is working in reality.

Whatever happens, don’t say what someone said to me when I asked him for his project plan: “What’s the point in having a plan? It’s only going to change!”

Lack of user testing or failure to address feedback

So you’ve put in all this hard work to complete your IT project.
But when you go live it fails to perform as you expected it to.
That’s why user testing is essential to make sure it works properly and you iron out any glitches in your IT project.
Before you start your project, you need at the very least a high level testing strategy, so you can start to assess the time and resources you need to test your final product.
It’s also vital to address any relevant feedback to improve its performance.

Added to this, IT project managers must contend with constantly changing business needs and evolving technology.
These extend to infrastructure changes that affect security and data management, as well as vendor configuration changes, and unknown dependencies between hardware, software, networks or data.
This includes changing the customised code of legacy systems which can be both expensive and time consuming.

So there you have it in a nutshell: the main reasons why an IT project fails

Next time we will explore best practice for IT project implementation and management.

Struggling to get your IT project off the ground? Or need help to get it fully implemented? Call Tony Fleming on 07775 601969, email info@pathfinderpm.co.uk

TAP HERE TO CALL US!
This site uses cookies to improve your experience. Read more